HOW TO BECOME A SMART WORKER

Home   Insights   HOW TO BECOME A SMART WORKER 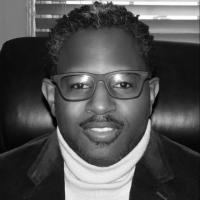 Neuro-performance represents the idea that human effectiveness is optimized through a high-functioning brain combined with the deep desire to pursue and achieve a specific goal.

The key element of the brain that drives an individual's neuropeformance are neurons. Neurons are the basic working units of the brain, specialized cells designed to transmit information to other nerve cells, muscle cells or gland cells - they help coordinate all of the necessary functions of life such as breathing, thinking and movement.

Those are essential elements for optimizing human effectiveness in domains that include education, athletics, art, business and more.

Your brain is composed of nearly 100 billion neurons, which interact with each other using chemical messenger molecules called neurotransmitters.

According to research recently published in the scientific journal Advances in Psychology and Neuroscience, an estimated 86% of Americans have suboptimal levels of neurotransmitters. Stress, poor diet, neurotoxins, genetic predisposition, drugs (prescription and recreational), alcohol and caffeine usage are cited as the major contributing factors.

Suboptimal levels of a neurotransmitter may result from: